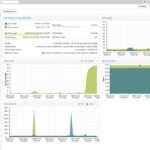 First stable version of Proxmox VE was released in 2008. We noticed Proxmox existence in 2011 and did some testing. We have installed around 80 Proxmox VE hypervisors on dedicated servers worldwide in 2017 – most were production servers, few test servers.

In our experience, Proxmox VE (virtual environment) is the best virtualization solution you can use since 2021. This product is lightweight KVM virtualization product based on original RedHat KVM running on best linux GNU/GPL server distribution called Debian.

And if you want to argue with VMware – we manage vmware daily too, we started with vmware products 15 years ago or so,  and Proxmox is much better in every point of view for last 2-3 years.  This is just opinion from persons who work with both daily.

Proxmox VE supports two types of virtualization: full KVM virtualization and container based on LXC. It has web frontend GUI for management but it can also be manage from terminal. Unlike the other virtualization platforms – virtual servers running on Proxmox VE hypervisor are independent on web frontend – GUI can be unreachable but VPSs are still running fine in most cases.

You can setup up to 32 physical Proxmox nodes into cluster – in community forum there are some who setup cluster with more than 50 nodes. Like any other high availability solutions you should have at least 3 proxmox nodes. In case you use proper filesystem you can enjoy live migration of virtual servers between nodes without downtime. Clustering depends on Corosync communication stack. 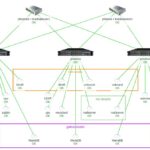